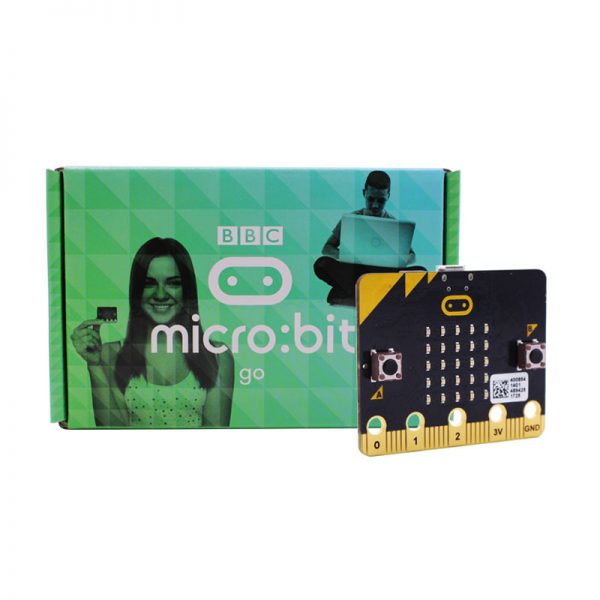 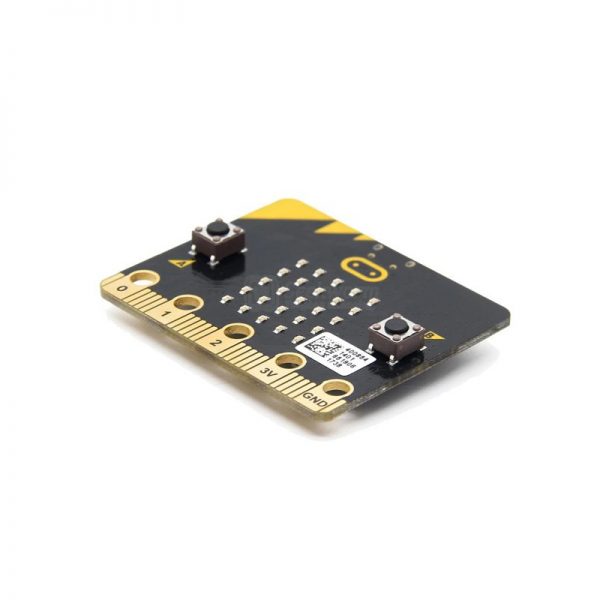 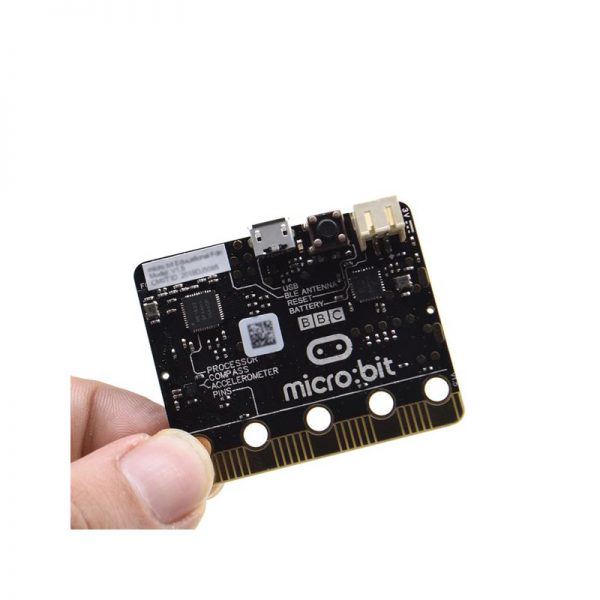 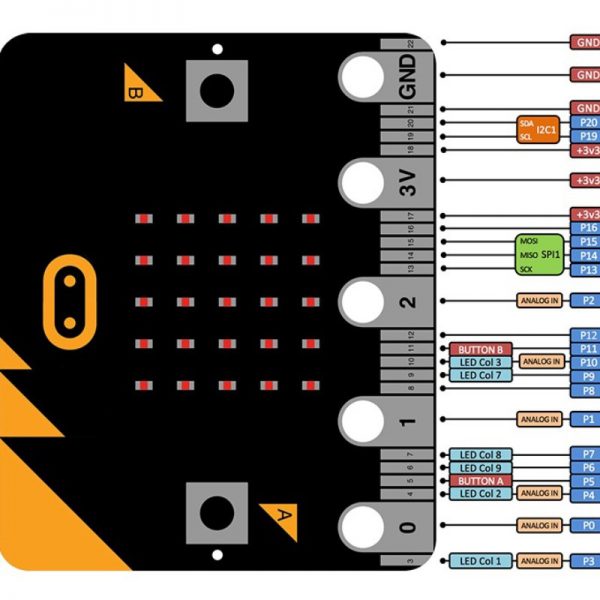 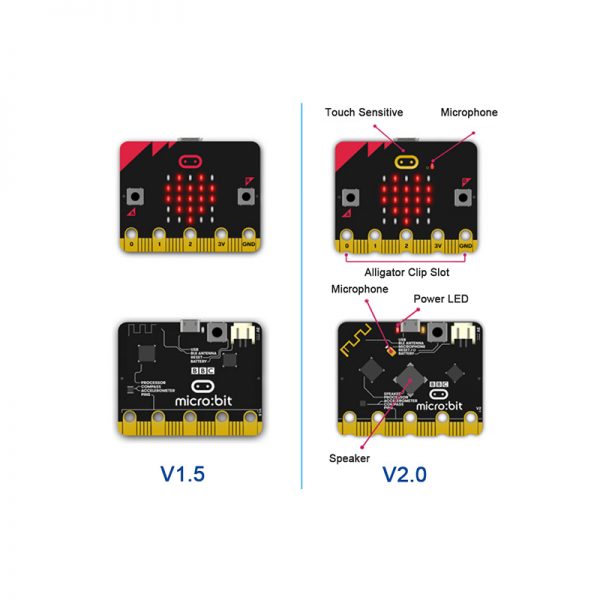 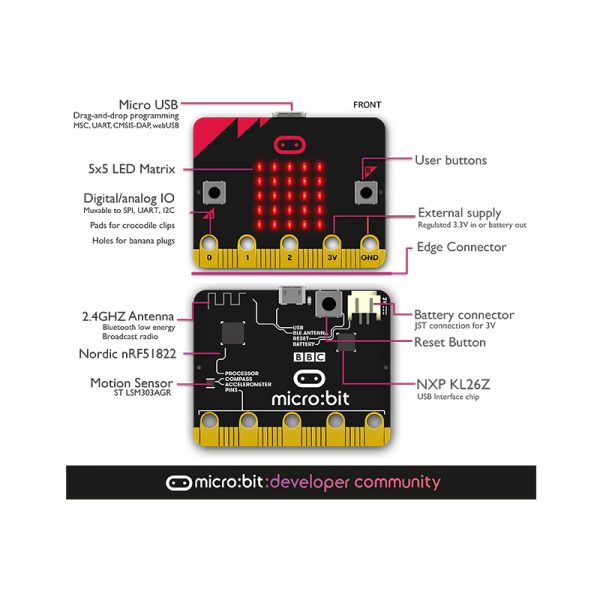 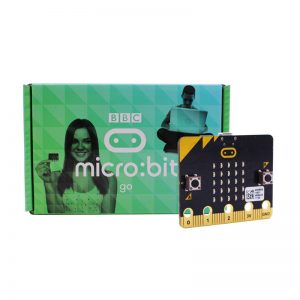 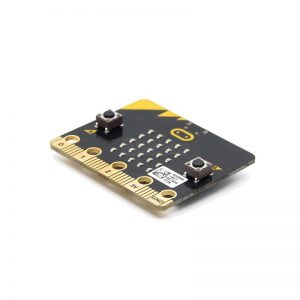 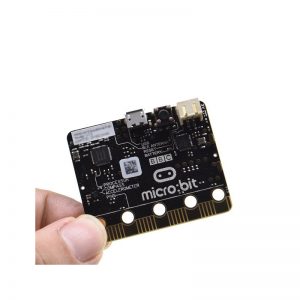 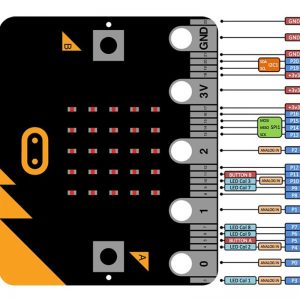 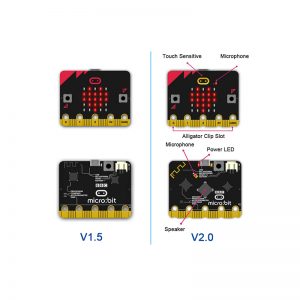 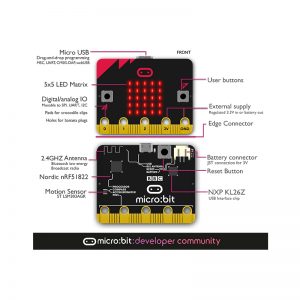 BBC micro:bit development board (Made in UK) V1.5 Offical original with case

Getting Started With the micro:bit Hardware

Two key pieces of information to help understand the internals of the micro:bit are:

The nRF51 application processor is where user programs run. A single, complete application including user code, runtime code and bluetooth stack is loaded and run directly from on-chip flash memory. All user accessible GPIO pins are provided by this processor. There is an on-board 2.4GHz radio engine used to provide Bluetooth capabilities via an off-chip aerial.

The on-board 2.4GHz transceiver supports Bluetooth communications via the Nordic S110 SoftDevice, which provides a fully qualified Bluetooth low energy stack. This allows the micro:bit to communicate with a wide range of Bluetooth devices, including smartphones and tablets.

The on-board 2.4GHz transceiver supports a number of other radio communications standards, including the proprietary Nordic Gazell protocol. This protocol provides a very simple small-packet broadcast radio interface between other devices that support this proprietary protocol, such as other micro:bit devices. The ‘radio’ interface that appears in a number of the languages on the micro:bit is built on top of this Gazell protocol. Additionally, the micro:bit runtime software adds a ‘group code’ to each data payload, allowing for simple user managed device addressing and filtering to take place.

The two buttons on the front of the micro:bit, and the 1 button on the back, are tact momentary push to make buttons. The back button is connected to the KL26 interface processor and to the nRF51 processor for system reset purposes. This means that the application will reset regardless of if it is powered from USB or from battery.

Front buttons A and B can be programmed in the user application for any purpose. A and B are debounced by software, which also includes short press, long press, and ‘both A+B’ press detection. Buttons operate in a typical inverted electrical mode, where a pull-up resistor ensures a logical ‘1’ when the button is released, and a logical ‘0’ when the button is pressed. Both A and B buttons are connected to GPIO pins that are also accessible on the micro:bit edge connector.

The display is a 5×5 array of LEDs. It is connected to the micro:bit as a 3×9 matrix. Runtime software repeatedly refreshes this matrix at a high speed, such that it is within the user persistence of vision range, and no flicker is detected. This LED matrix is also used to sense ambient light, by repeatedly switching some of the LED drive pins into inputs and sampling the voltage decay time, which is roughly proportional to ambient light levels.

The 1.5 micro:bit variant has a combined accelerometer and magnetometer chip that provides 3-axis sensing and magnetic field strength sensing. It also includes some on-board gesture detection (such as fall detection) in hardware, and additional gesture sensing (e.g. logo-up, logo-down, shake) via software algorithms. A software algorithm in the standard runtime uses the on-board accelerometer to turn readings into a board orientation independent compass reading. The compass must be calibrated before use, and the calibration process is automatically initiated by the runtime software. This device is connected to the application processor via the I2C bus.

The V1.5 micro:bit has a footprint for two different motion sensors: one made by ST (the LSM303AGR) and one by NXP (FXOS8700CQ). The micro:bit DAL supports both of these sensors, detecting them at runtime. To date, all V1.5 boards have been manufactured with the LSM303AGR. If we were to move to the NXP part, a round of testing would be required and we would notify the DAL and Devices mailing list.

The nRF51 application processor has an on-board core temperature sensor. This is exposed via the standard runtime software, and provides an estimate of ambient temperature.

The edge connector brings out many of the GPIO circuits of the application processor. Some of these circuits are shared with other functions of the micro:bit, but many of these extra circuits can be re-allocated to general purpose use if some software features are turned off. Note: the nRF51 datasheet states that GPIO pins may be in std-drive (0.5mA) and high-drive (5mA) mode, with a maximum of 3 pins in high-drive mode at any one time.

The interface chip handles the USB connection, and is used for flashing new code to the micro:bit, sending and receiving serial data back and forth to your main computer.

The micro:bit has an on-board USB communications stack, that is built into the firmware of the interface chip. This stack provides the ability to drag and drop files onto the MICROBIT drive in order to load code into the application processor. It also allows serial data to be streamed to and from the micro:bit application processor over USB to an external host computer, and supports the CMSIS-DAP protocol for host debugging of application programs. 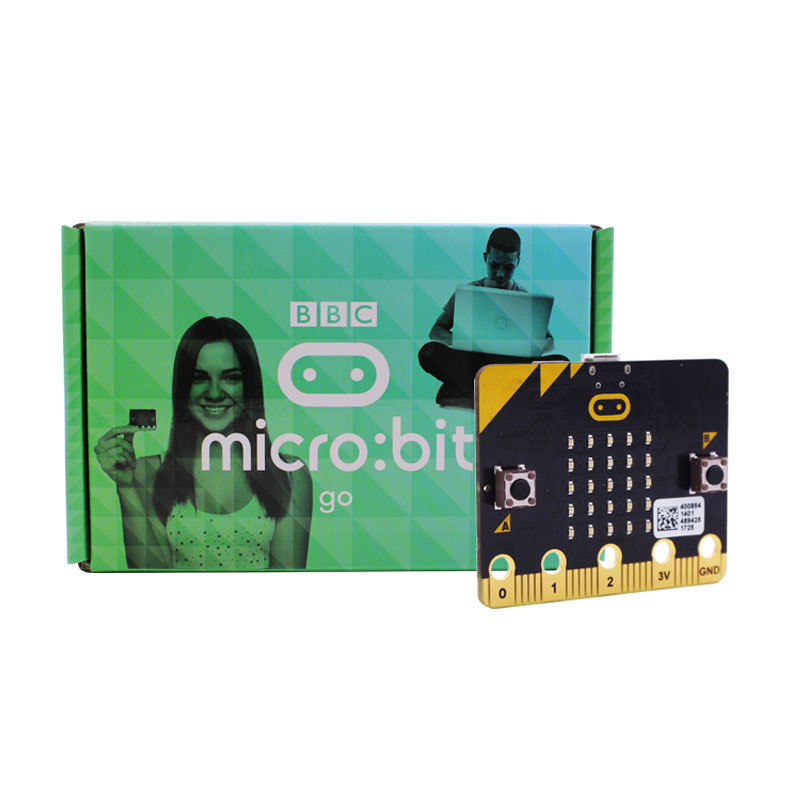 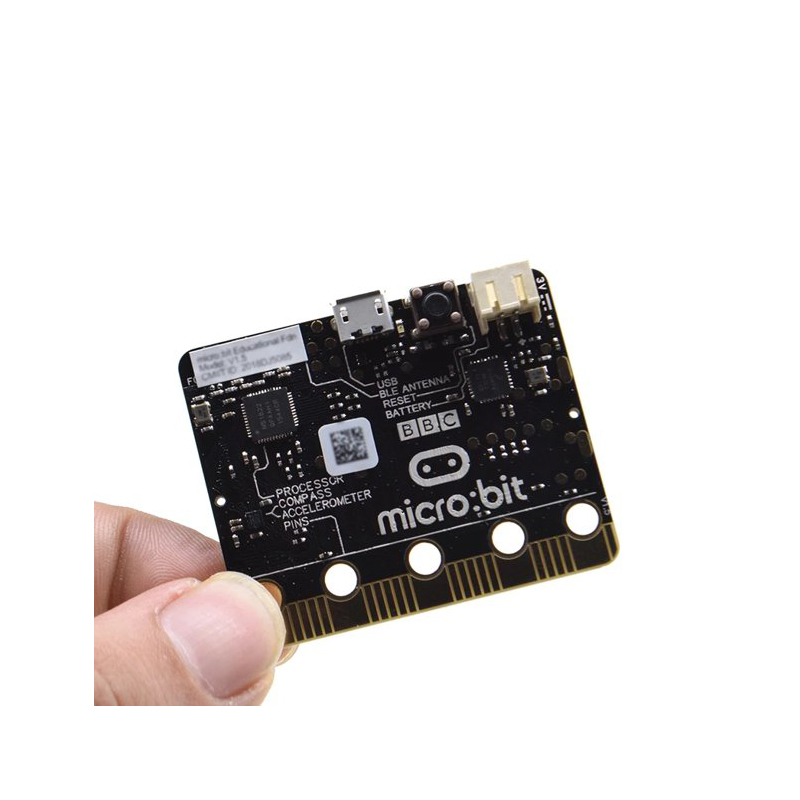 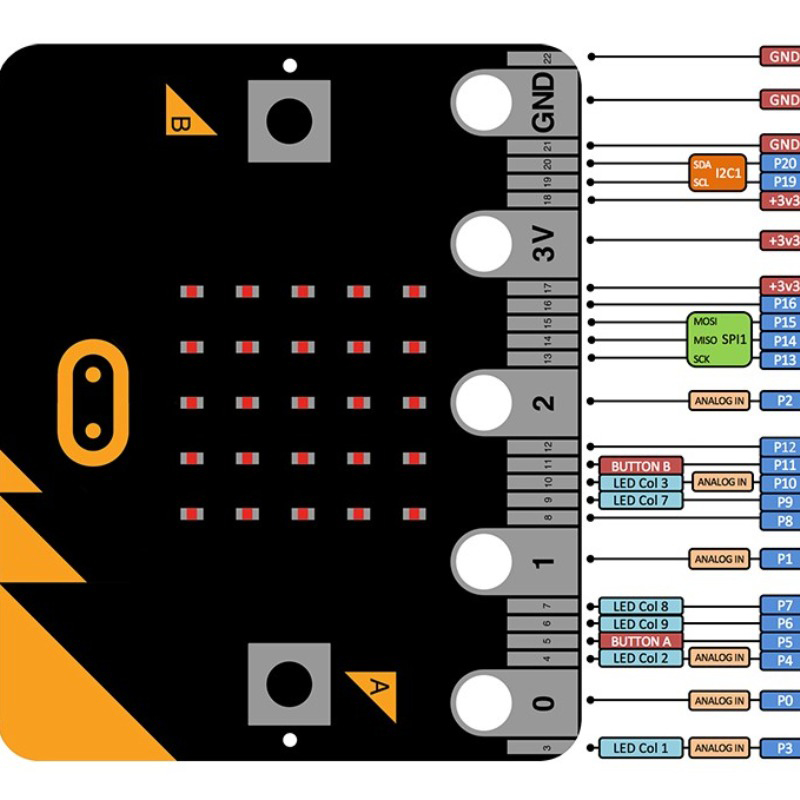 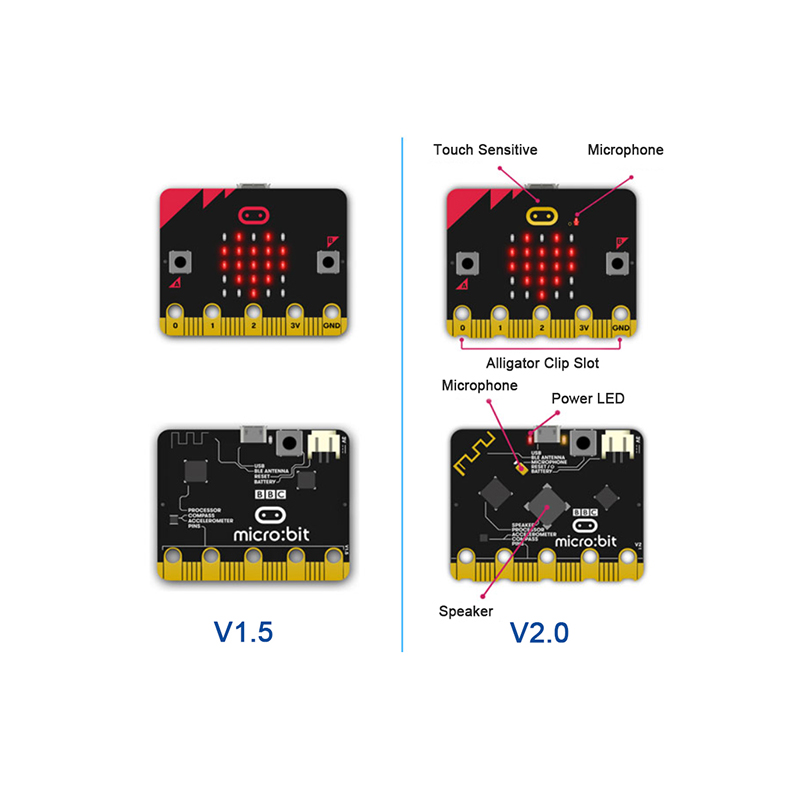 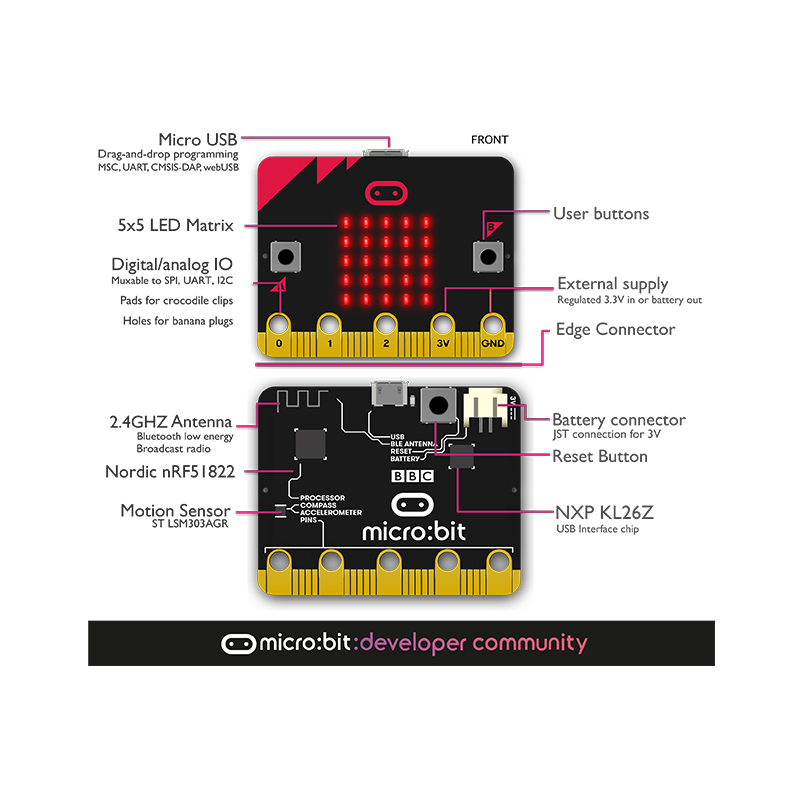 Two key pieces of information to help understand the internals of the micro:bit are:

Be the first to review “BBC micro:bit development board (Made in UK) V1.5 Offical original with case” Cancel reply