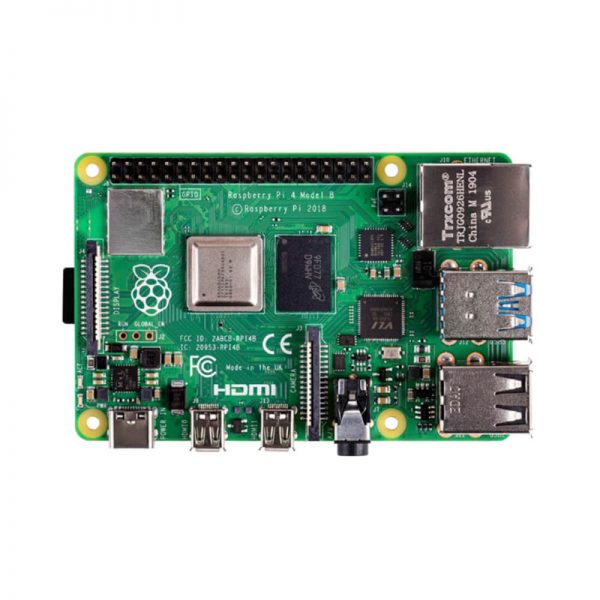 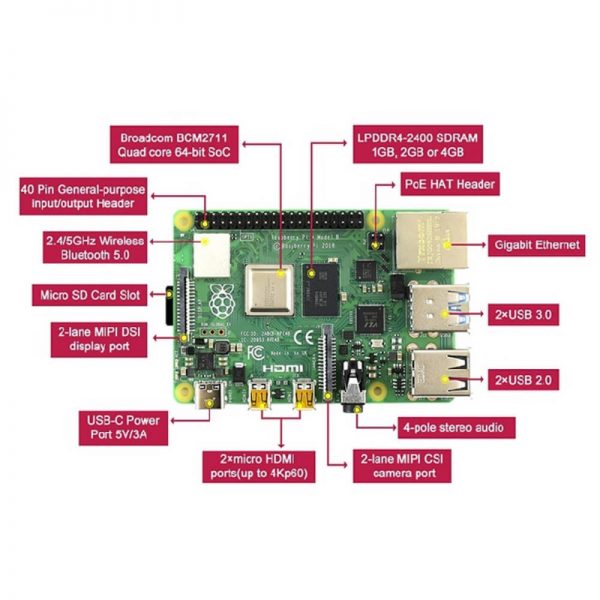 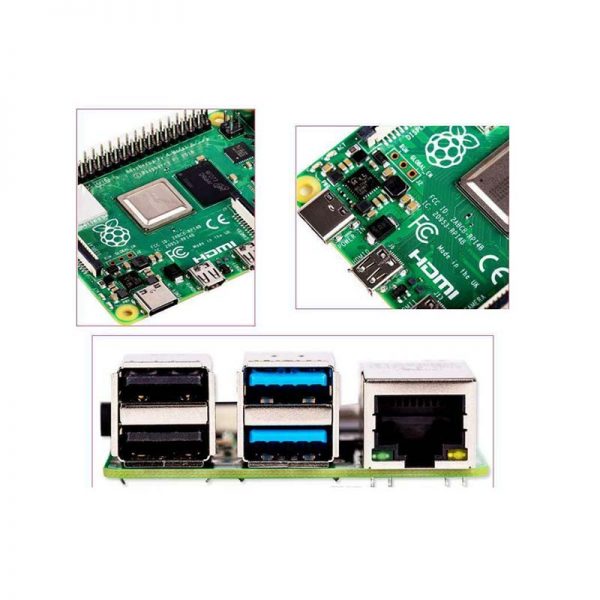 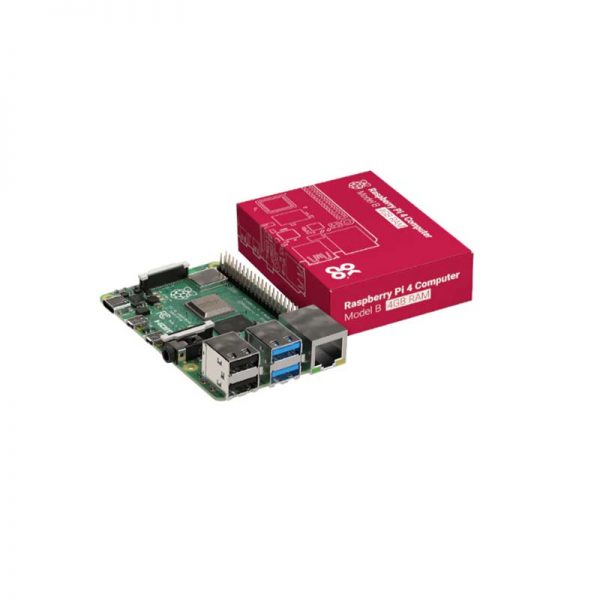 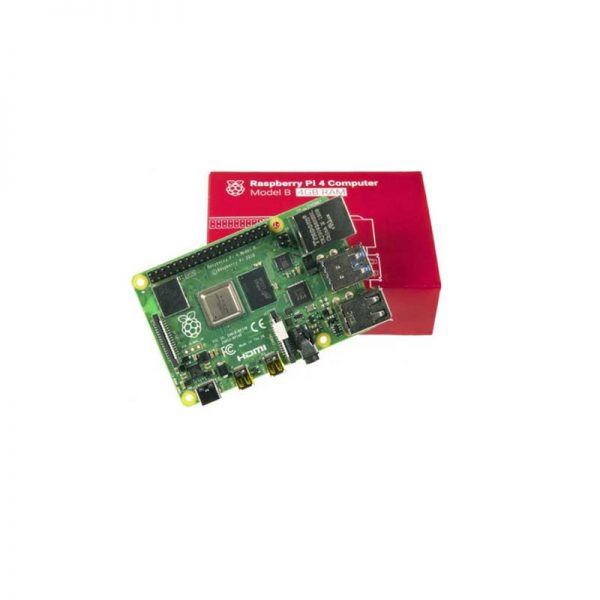 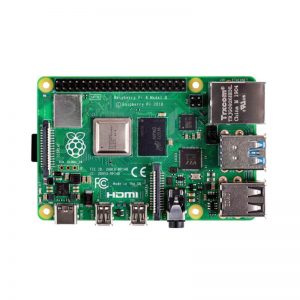 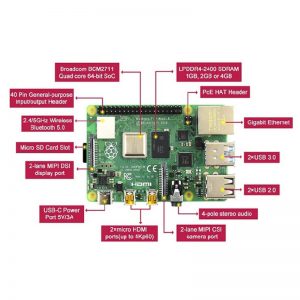 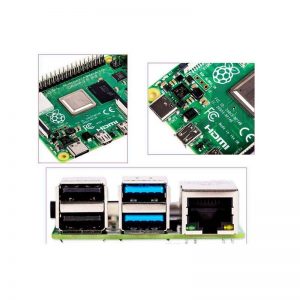 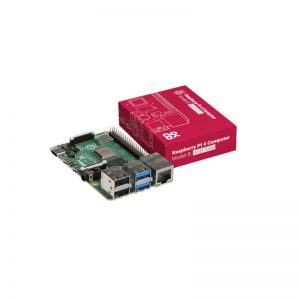 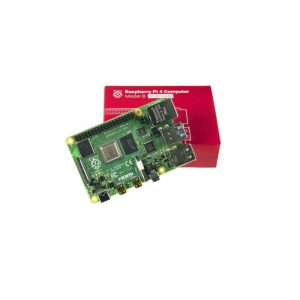 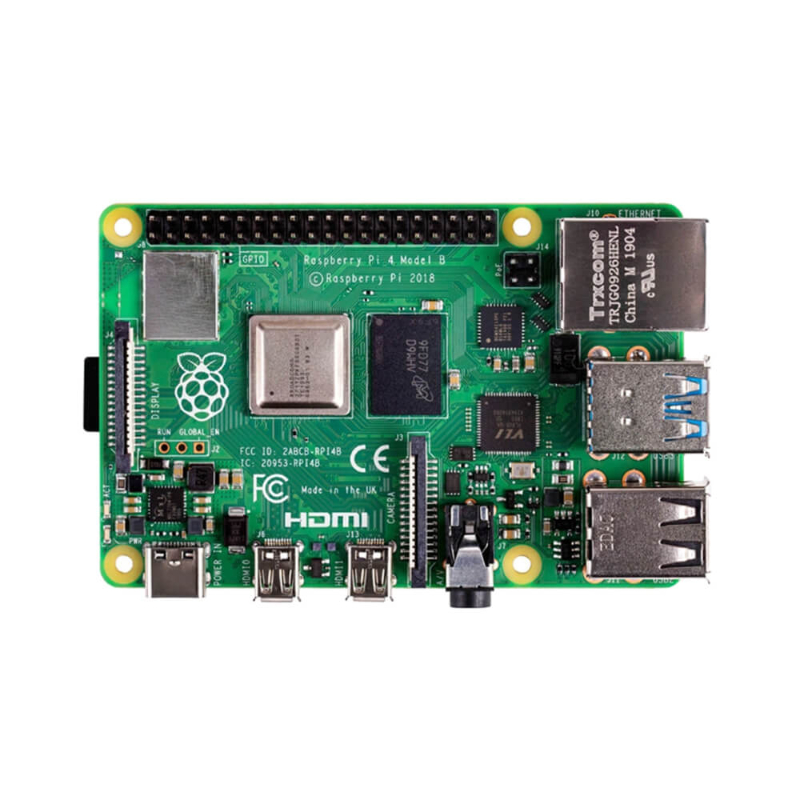 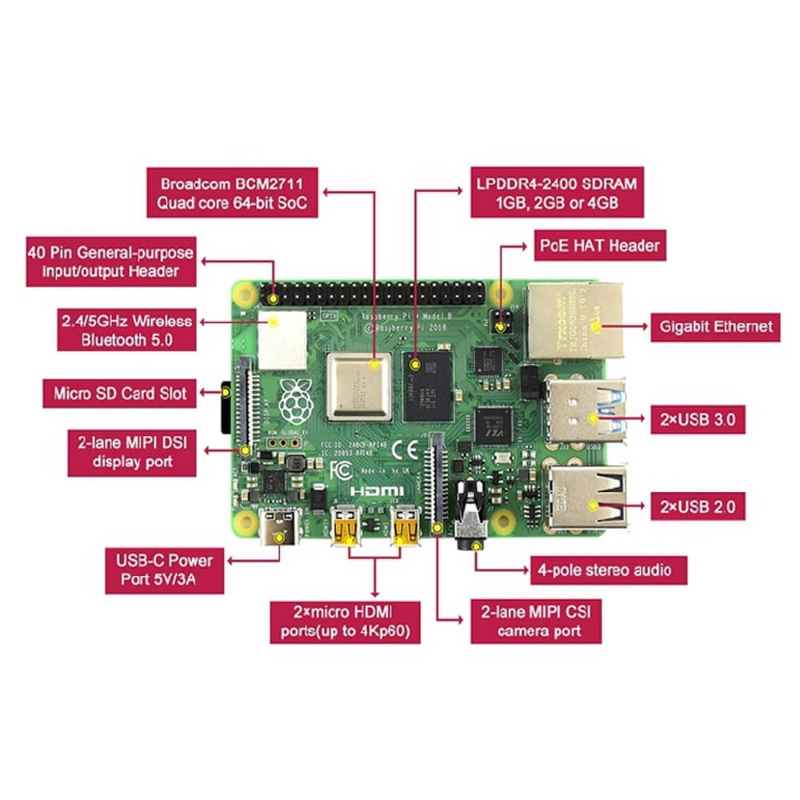 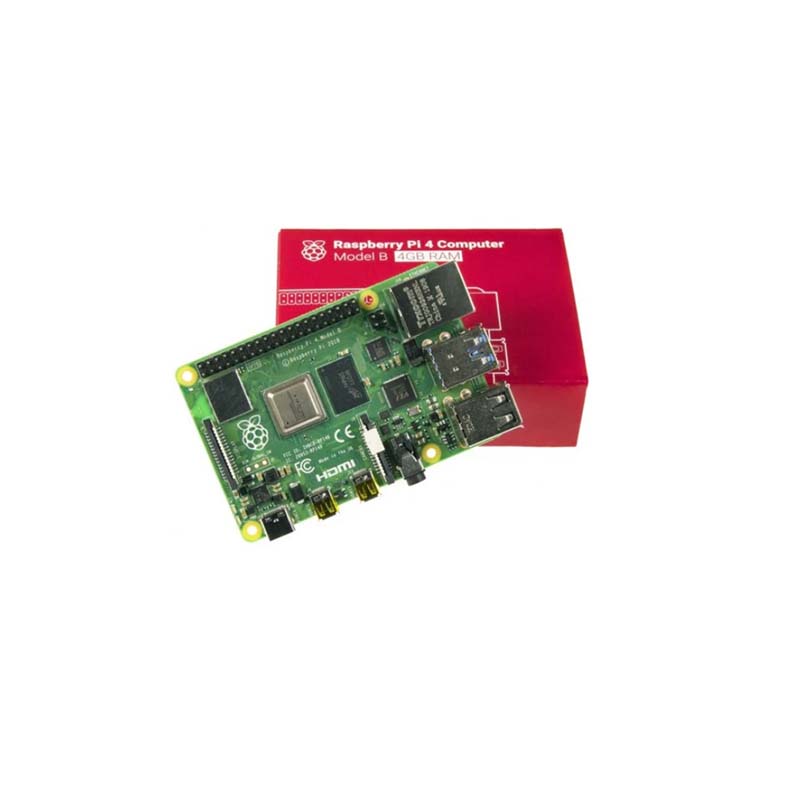 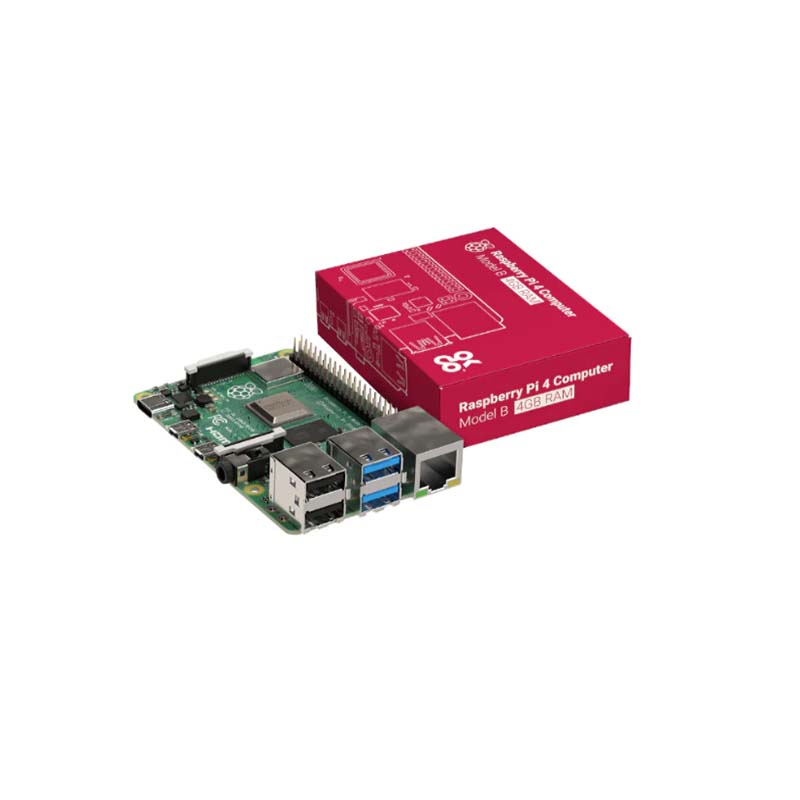 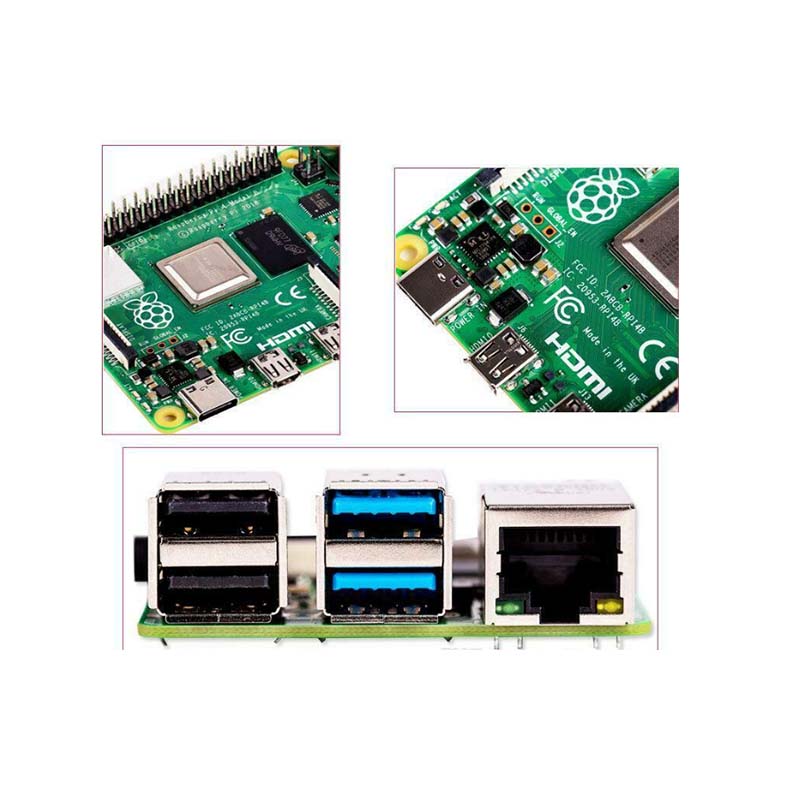 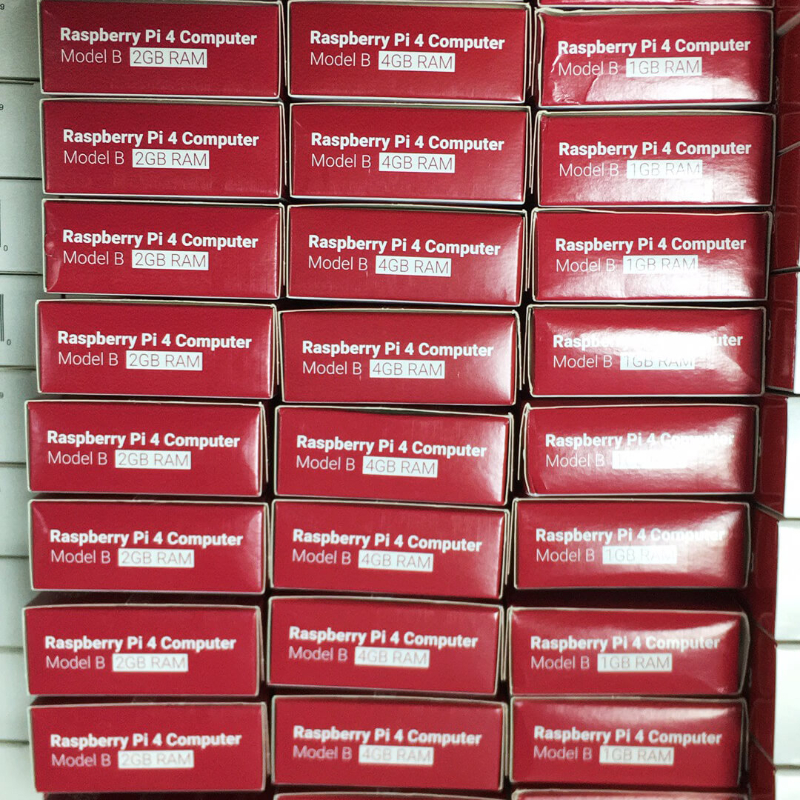 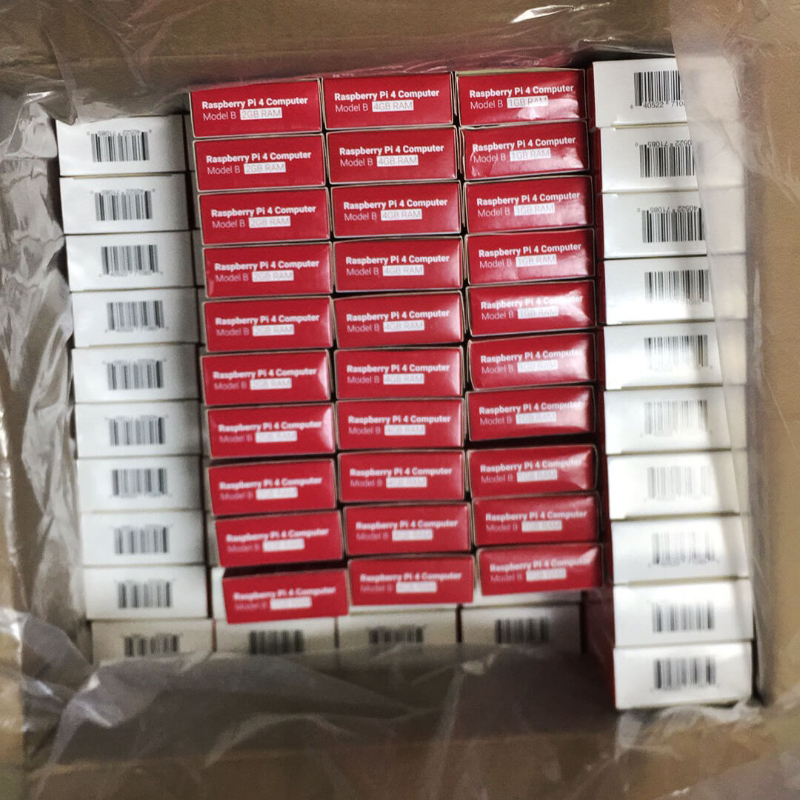 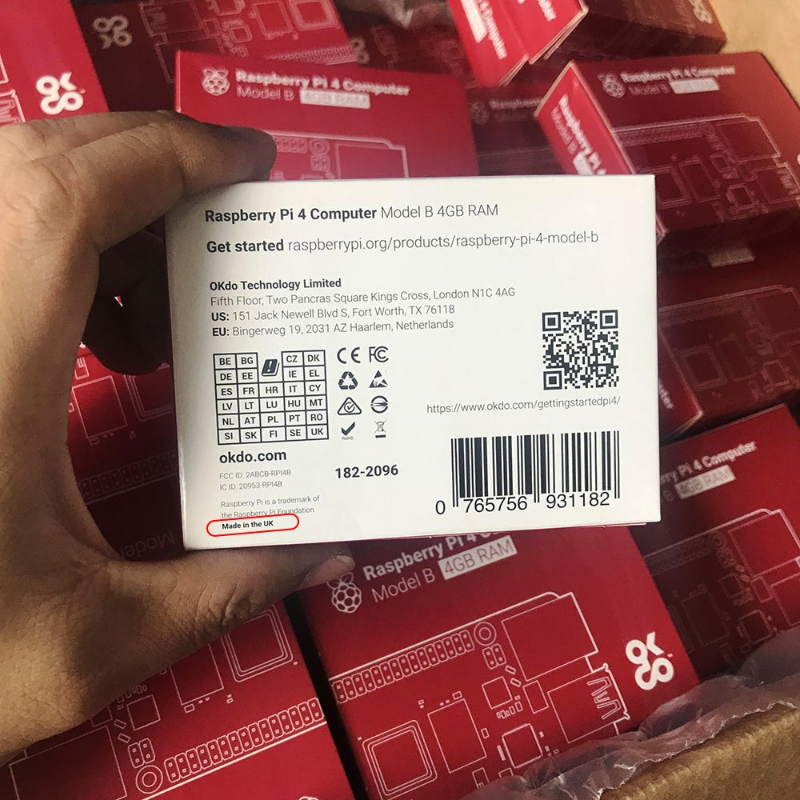 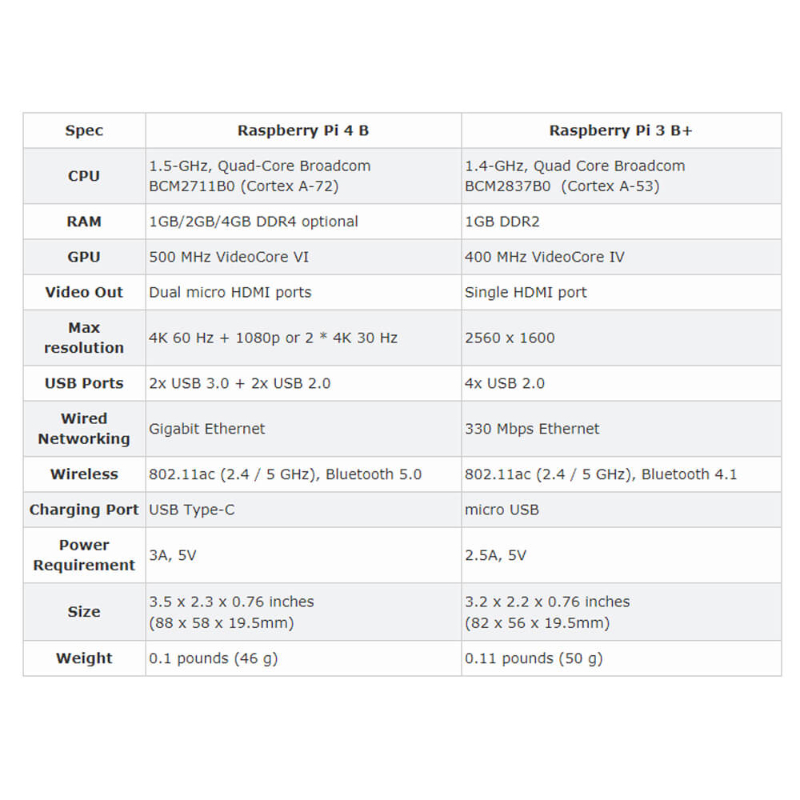 Desktop-level performance
The faster 1.5GHz 64-bit quad-core CPU on the Raspberry Pi 4’s Cortex A72 SoC, coupled with the up to 4GB LPDDR4 RAM give performance comparable to entry-level x86 desktop PCs. You’ll see significantly faster boot speeds, and much better performance for CPU-heavy tasks like emulation and media centre usage; much snappier all round!
Significantly faster IO
The Raspberry Pi 4 has two USB 3.0 ports, for up to 10x faster transfer speeds than USB 2.0, perfect for connecting fast peripherals like SSDs and flash drives. There are also two USB 2.0 ports for connecting less speed-dependent peripherals like keyboards and mice.
The ethernet jack on the Raspberry Pi 4 moves to true gigabit speed, for super-speedy wired networking and, as with the Raspberry Pi 3 B+, there’s Power-over-Ethernet capability too (requires additional Raspberry Pi PoE HAT).
4K display support, dual micro-HDMI
There are dual micro-HDMI ports that support up to 4Kp60, to use your Raspberry Pi 4 with much larger displays with crisp, sharp, high resolution. Use the H.265 4Kp60 hardware decoding to watch 4K movies in your favorite media center distro.
For the first time, you’ll be able to use dual HDMI displays with the Raspberry Pi. This is great for working on a bunch of different tasks at the same time without having to work in tiny windows.
Bluetooth 5.0 and wireless LAN
The shift to Bluetooth 5.0 (from 4.2 on the Raspberry Pi 3 B+) means you’ll get twice the speed (2 Mbit/s) and four times the range (50m outdoors, 10m indoors) that you did with the previous generation. You’ll get better power efficiency compared with Bluetooth 4.2 also.
There’s dual-band 802.11 b/g/n/ac wireless LAN, like the previous generation Raspberry Pi, for quick wireless networking with less interference and better reception.