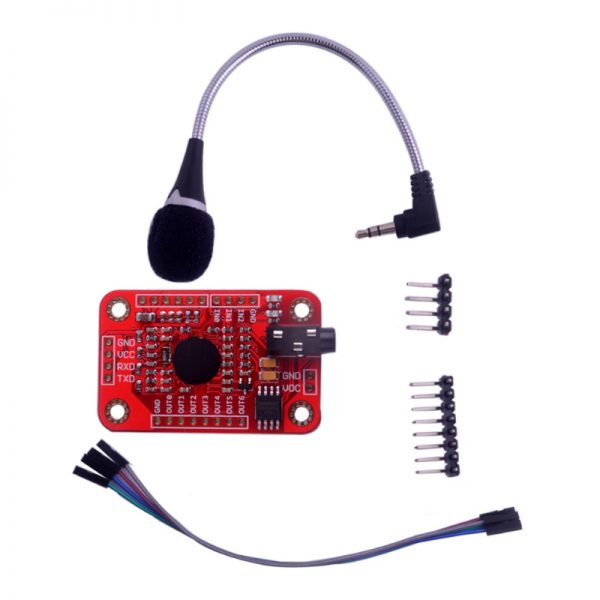 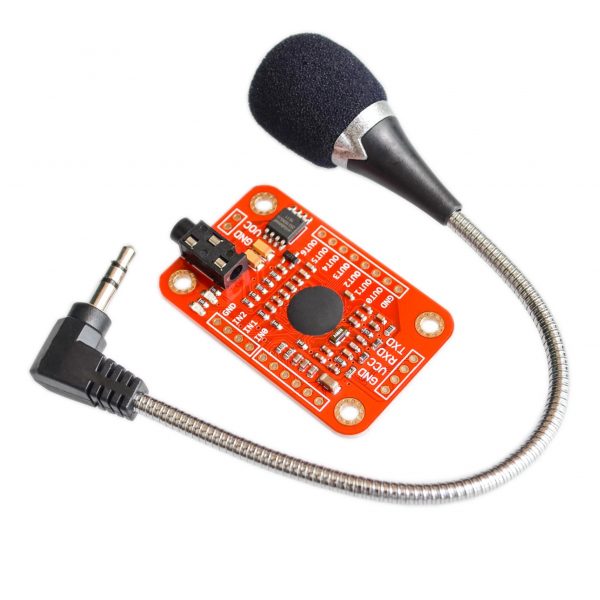 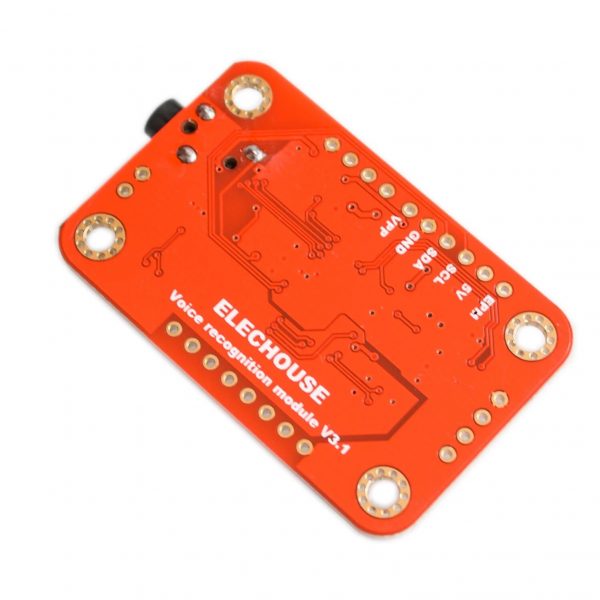 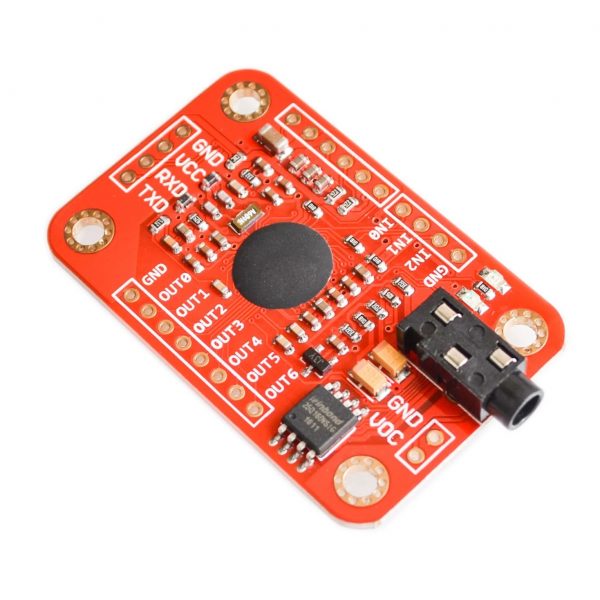 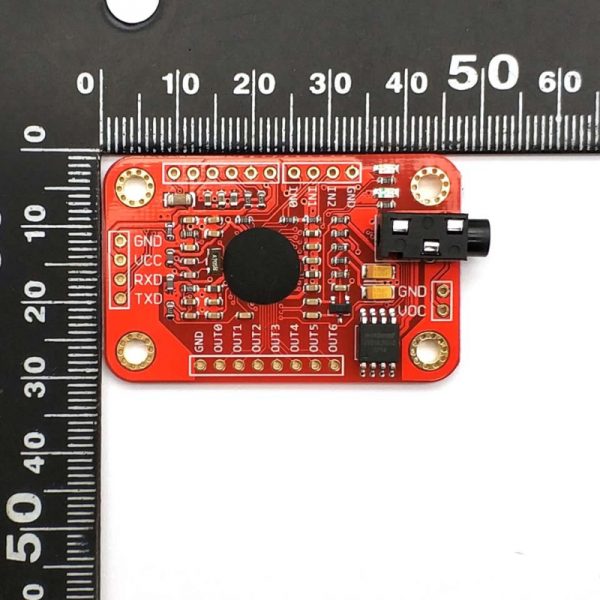 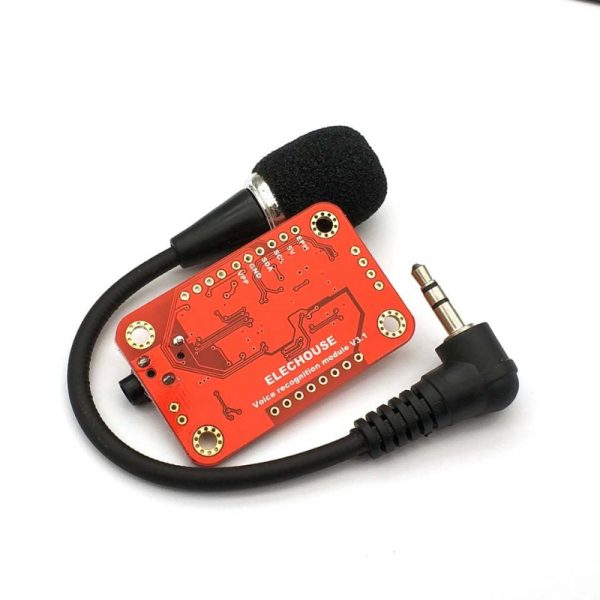 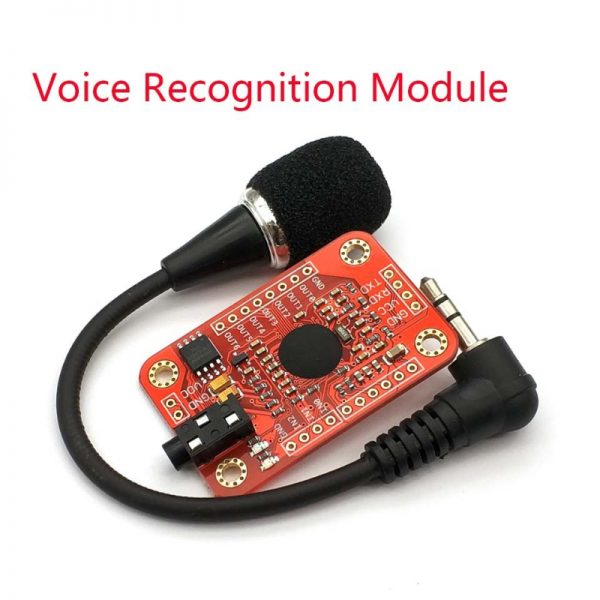 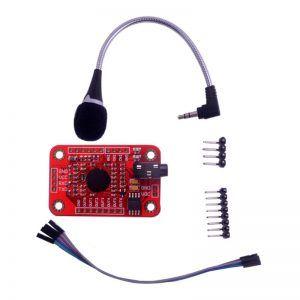 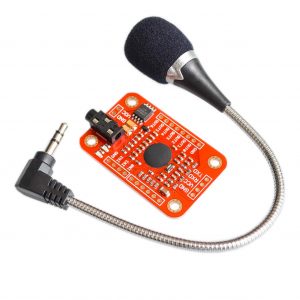 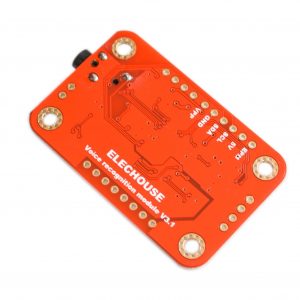 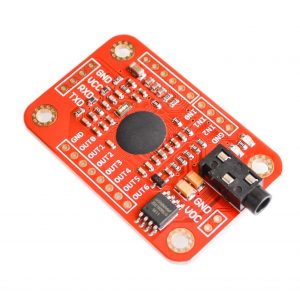 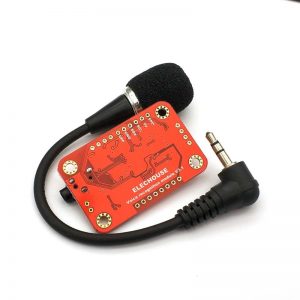 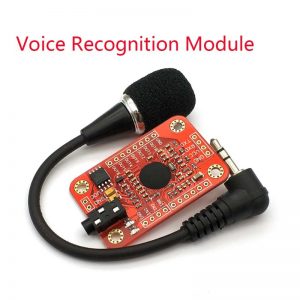 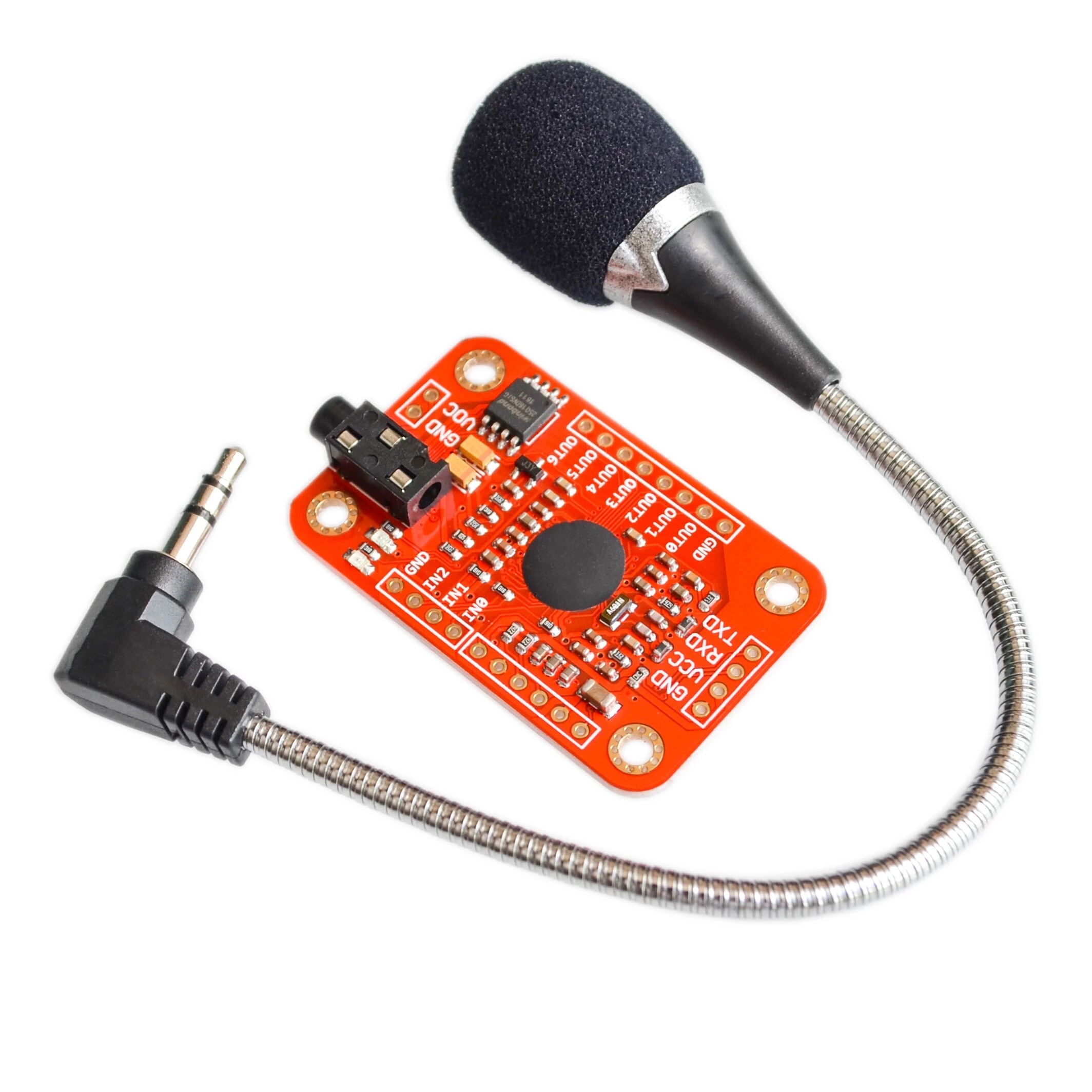 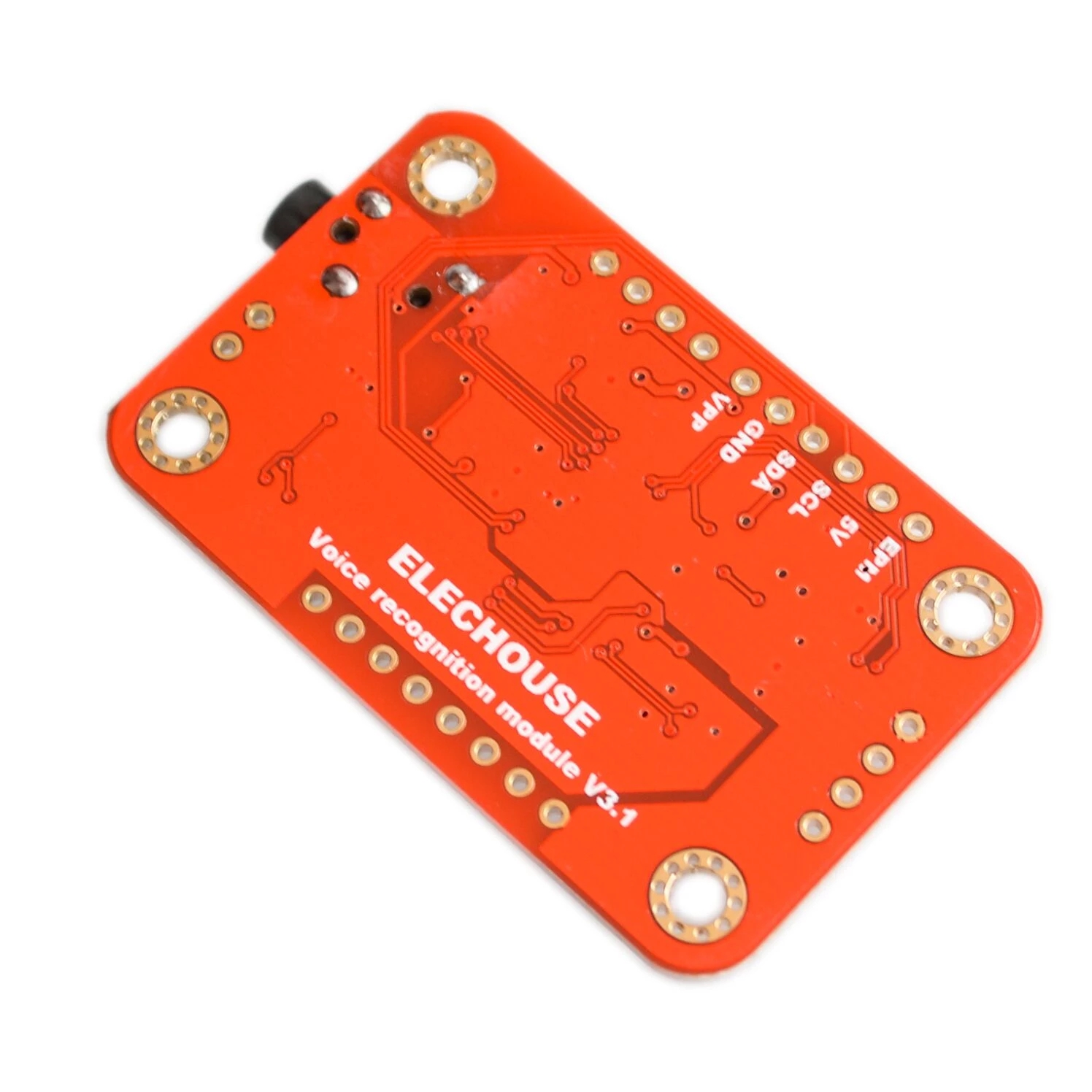 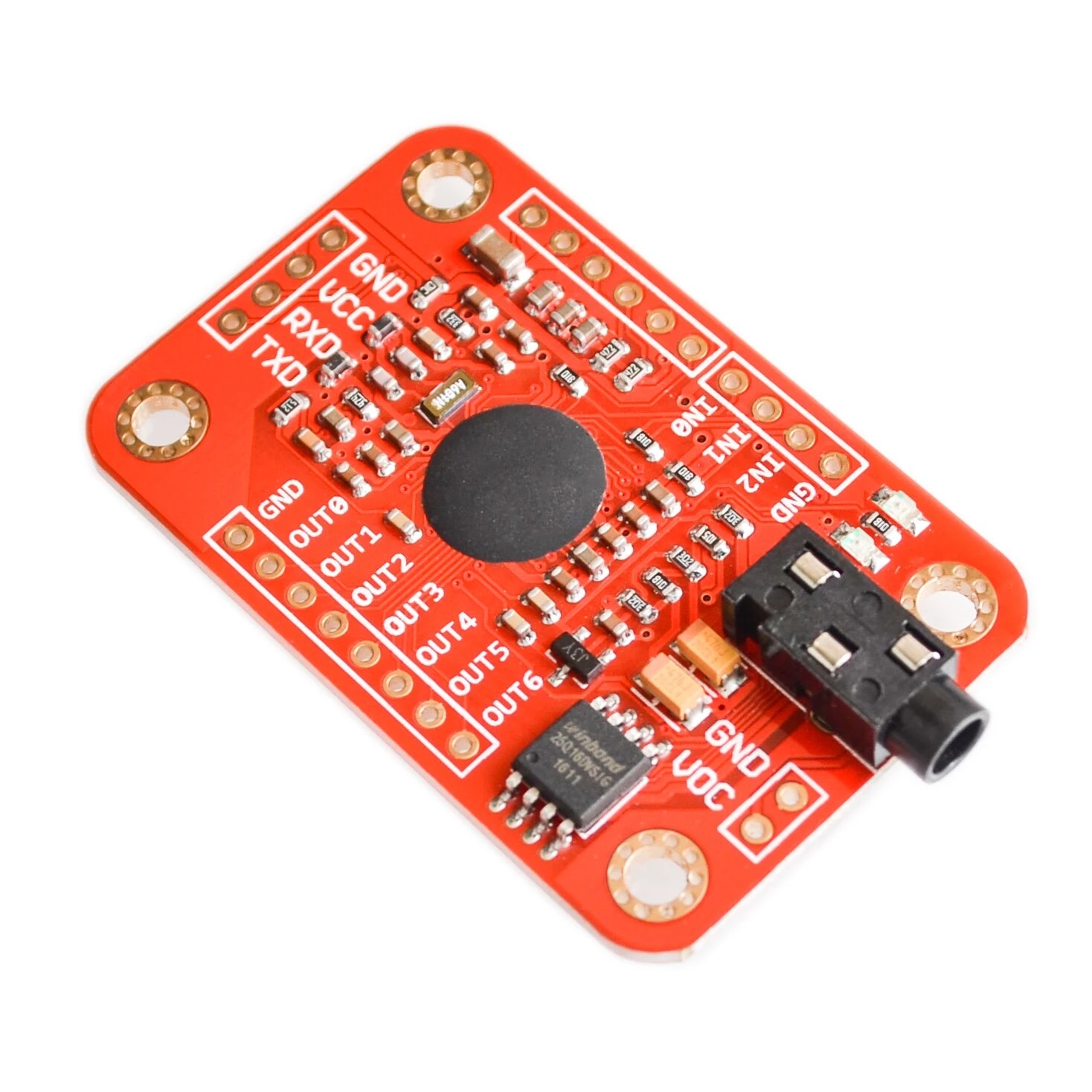 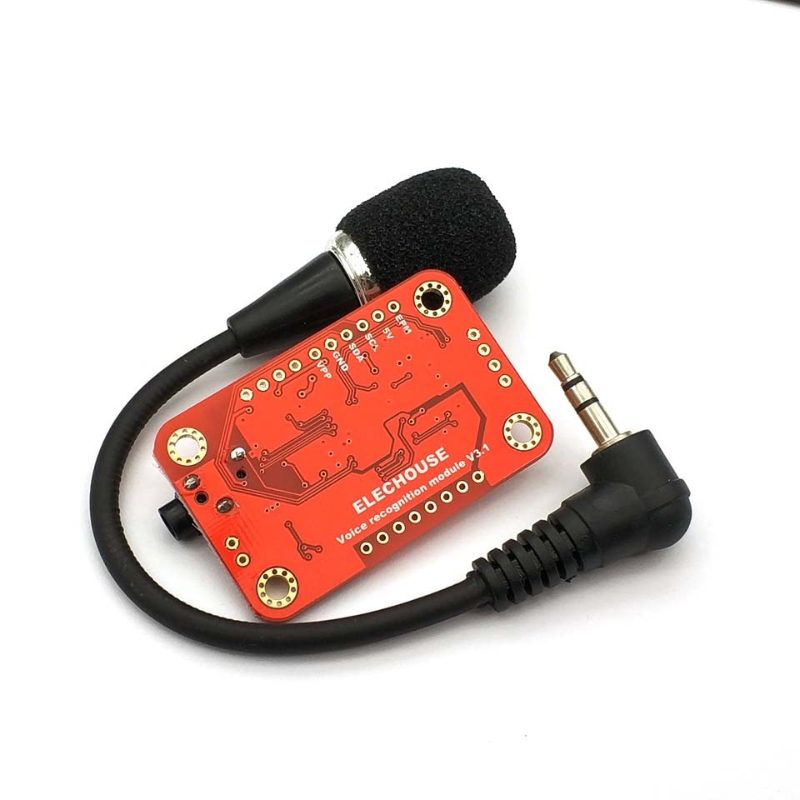 ELECHOUSE Voice Recognition Module is a compact and easy-control speaking recognition board.

This product is a speaker-dependent voice recognition module. It supports up to 80 voice commands in all. Max 7 voice commands could work at the same time. Any sound could be trained as command. Users need to train the module first before let it recognizing any voice command.

This board has 2 controlling ways: Serial Port (full function), General Input Pins (part of function). General Output Pins on the board could generate several kinds of waves while corresponding voice command was recognized.

We already have Voice Recognition module V2. It supports 15 commands in all and only 5 commands at the same time.