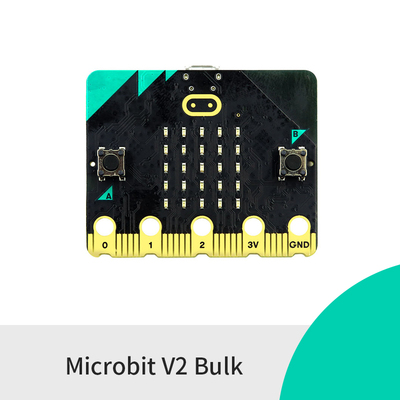 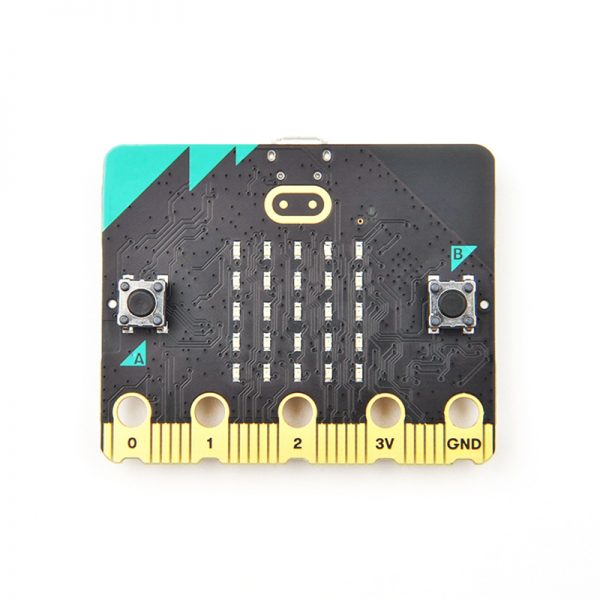 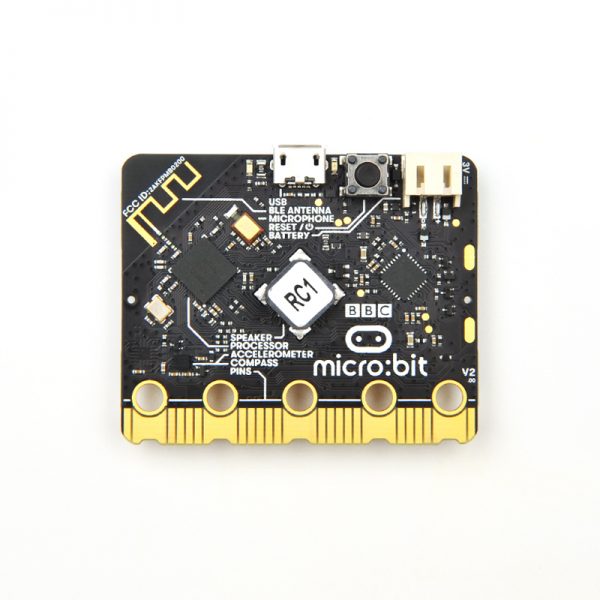 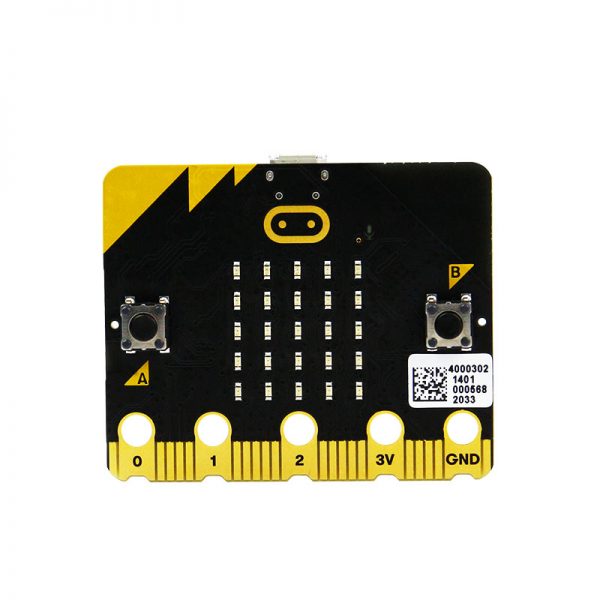 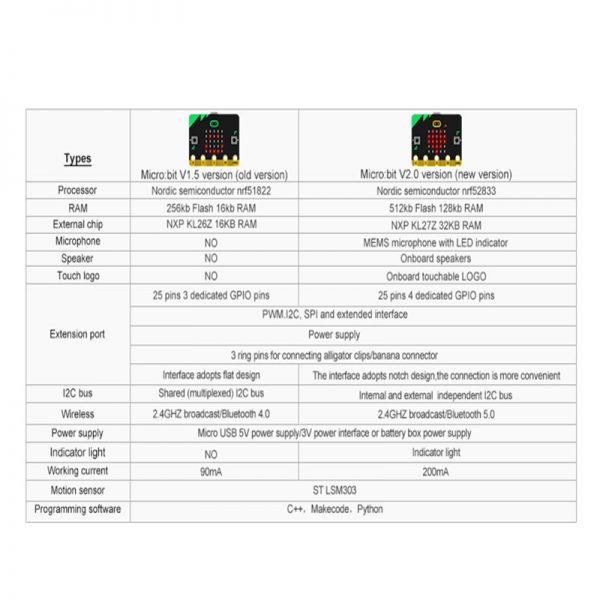 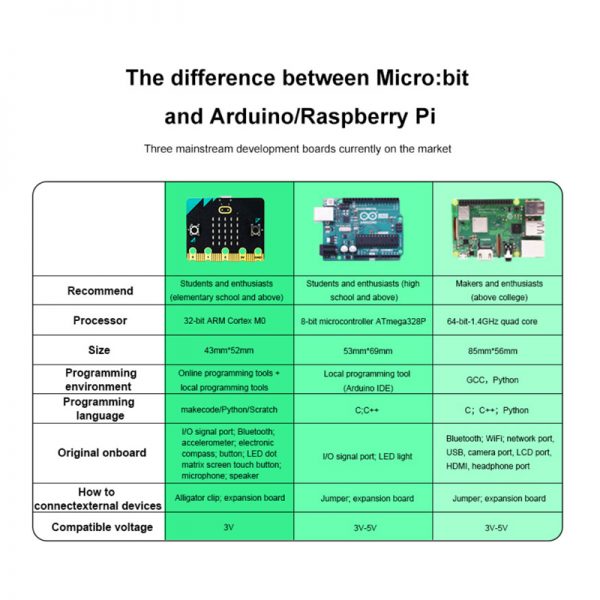 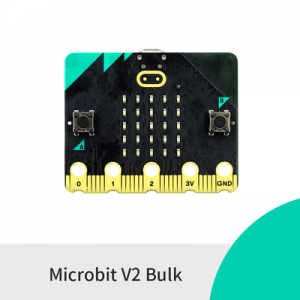 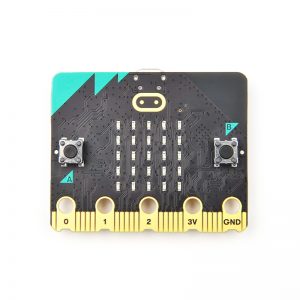 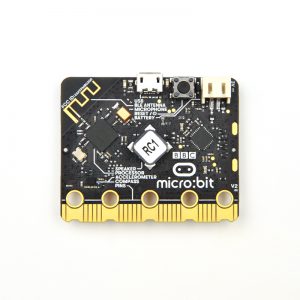 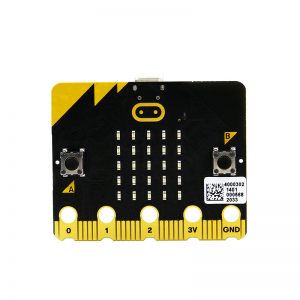 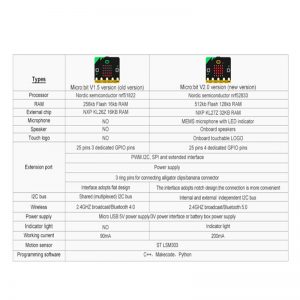 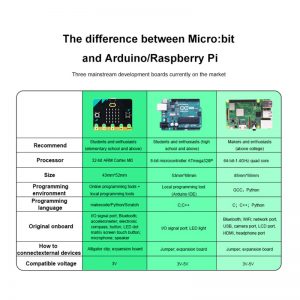 BBC micro:bit development board (Made in UK) V2 Offical original

How to recognize the micro:bit v2?

The first thing to know is whether you have a micro:bit v1 or micro:bit v2 at hand. You can recognize the v2 boards visually with these differences… 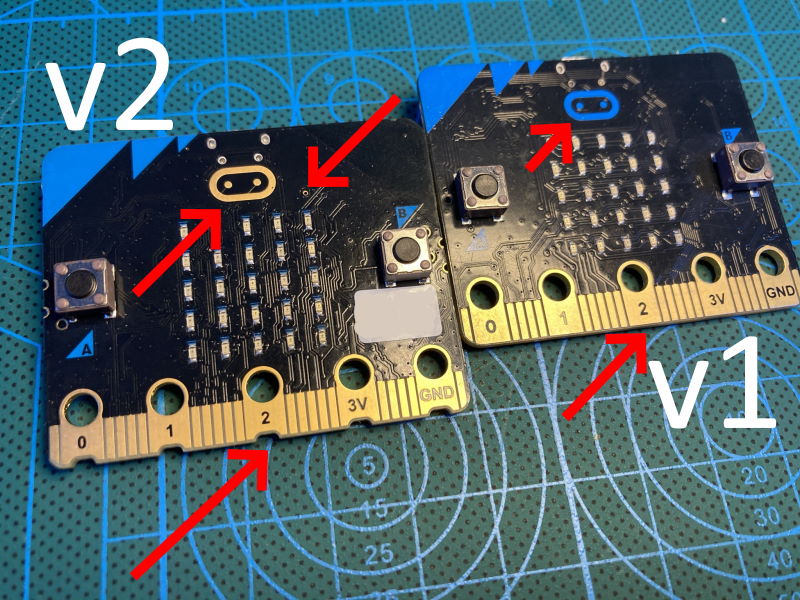 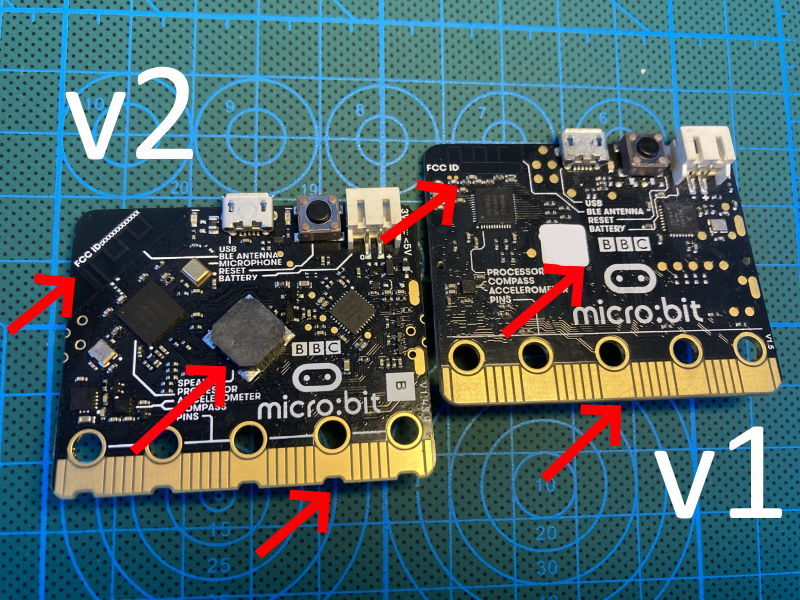 If your program uses any of the micro:bit v2 specific blocks, the simulator will automatically change to a micro:bit v2 with notches in the connector and a gold plated logo. You will also see a “v2” symbol on the lower right of the board. 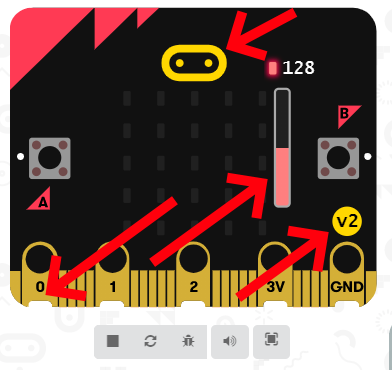 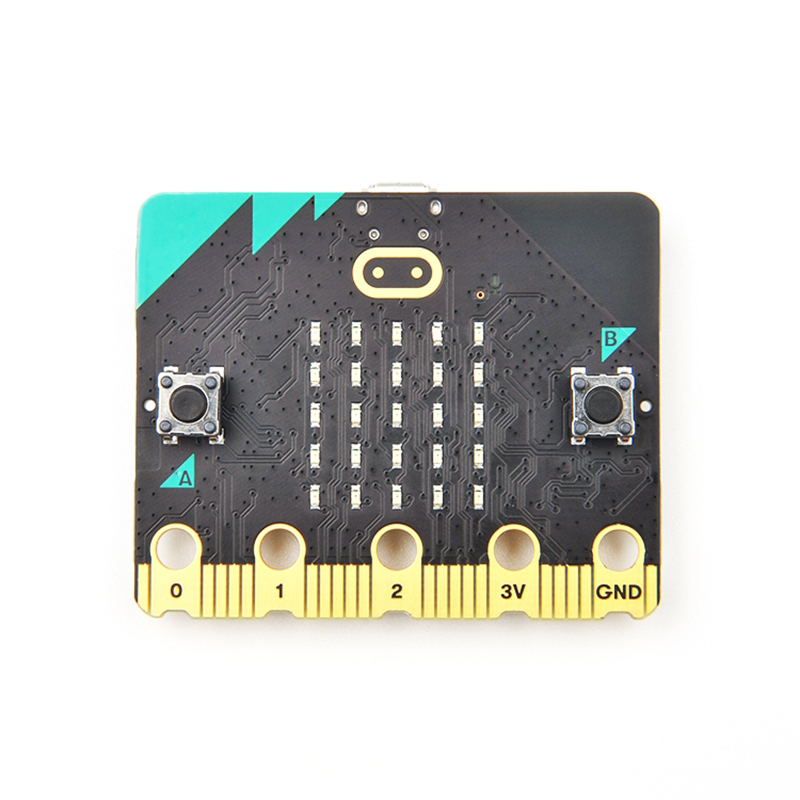 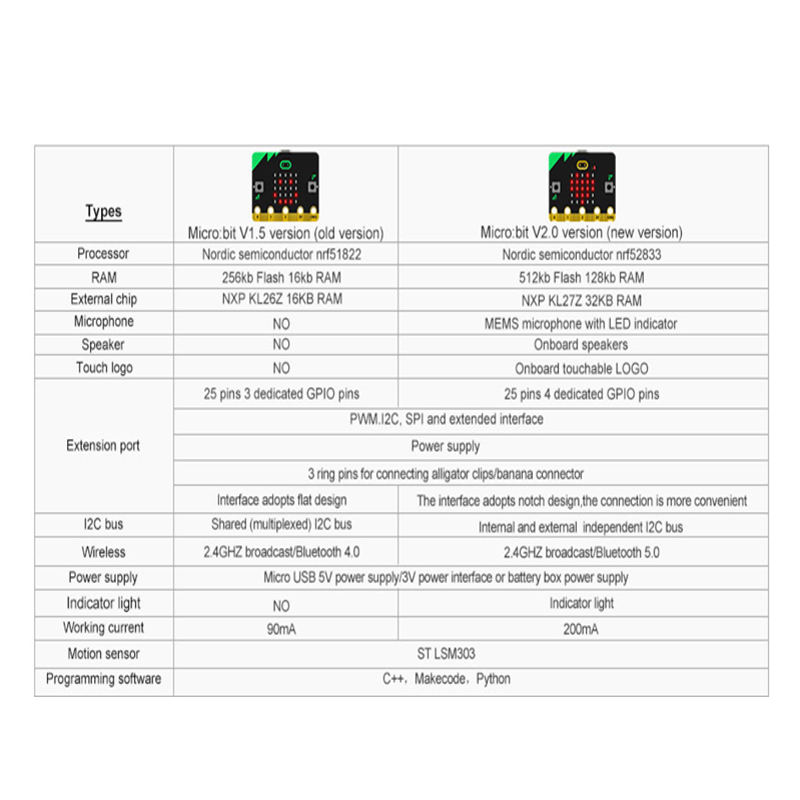 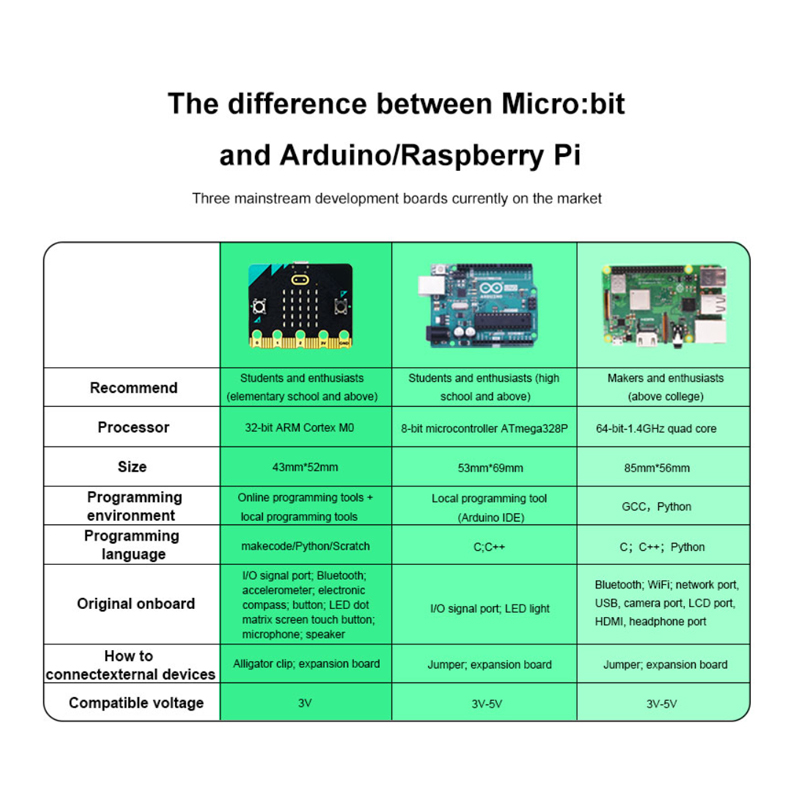 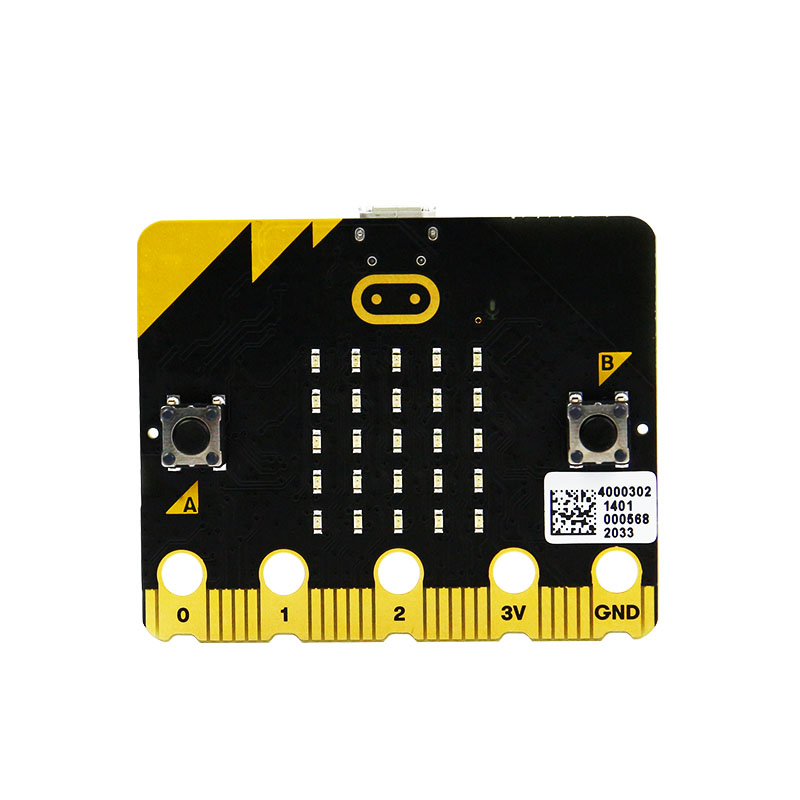 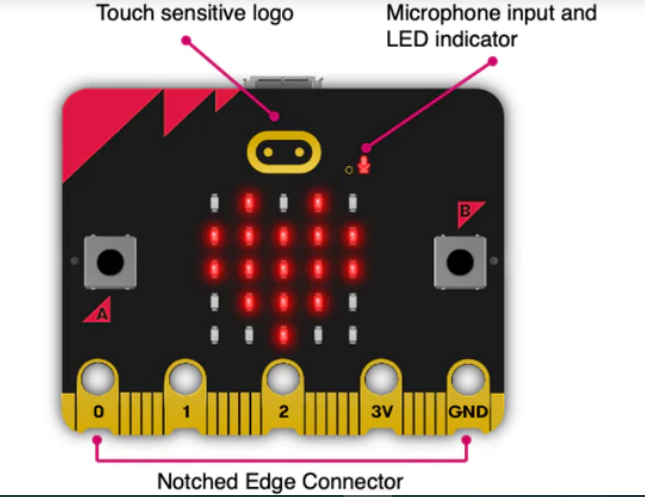 micro:bit v2 is a brand new, super-charged version of the popular pocket-sized codeable computer, brought bang up to date with a microphone, speaker and upgraded processing capabilities.

Widely used in schools, libraries and code clubs, micro:bits are sturdy and easy to program, with built-in Bluetooth for comms and loads of onboard sensors to experiment with.  Lots of learning materials are available – check out our edu site or the MakeCode site for some ideas of what’s possible!

microbit: v2 has over four times the processing power and eight times as much RAM as the original micro:bit! As well the new onboard speaker and microphone,  v2 also has an extra touch sensitive button and an edge connector that’s redesigned to work better with crocodile clips. micro:bit v2 should be compatible with most existing micro:bit add-on boards and accessories (though there are a few exceptions – check the shop page of the add-on in question to be sure).

How does the BBC micro:bit work?

It’s programmed with beginner friendly, drag and drop interface MakeCode with the option to progress into MicroPython later on, opening up even more programming possibilities!

It’s packed with inputs, outputs, sensors and radio communication features that can be combined into and endless variety of projects.

LEDs: An LED, or light-emitting diode is an output device that gives off light. Your BBC micro:bit has a display of 25 LEDs for you to program.

Buttons: A very common input device. Your micro:bit has two “clicky” buttons and a touch sensitive button you can program, and a reset button.

Radio: A way of sending and receiving messages and BBC micro:bits can use radio waves to communicate with each other.

Accelerometer: A motion sensor that measures movement. The accelerometer in your BBC micro:bit detects when you tilt it left to right, backwards and forwards and up and down.

Compass: An input sensor that detects magnetic fields. Your BBC micro:bit has an inbuilt compass that can detect the direction in which it is facing.

Light sensor: An input device that measures light levels. Your BBC micro:bit uses the LEDs to sense the levels of light and lets you program your micro:bit as a light sensor.

Pins: On the bottom edge of your BBC micro:bit there are 25 gold strips, called pins. These pins allow you to really get creative. You can create circuits, connect external things like buzzers and motors and make your own fun projects.

Sound: Your BBC micro:bit can be programmed to make a wide variety of sounds – from single notes, tones and beats to your own musical compositions.

Be the first to review “BBC micro:bit development board (Made in UK) V2 Offical original” Cancel reply